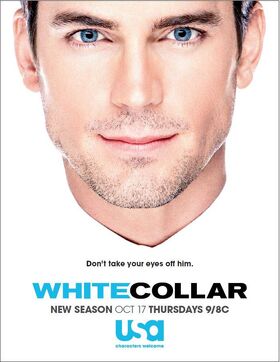 Season 5 of White Collar was announced by USA on September 25, 2012. The season premiered Thursday, October 17, 2013 and ran for thirteen episodes.

Season 5 picks up after the shocking arrest of FBI agent Peter Burke on murder charges. Neal Caffrey must make a deal with the devil to help clear his name.