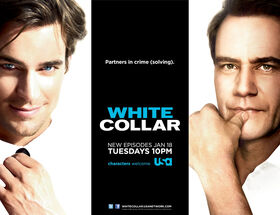 Season 2 begins as Peter Burke is investigated by the FBI for his role in the alleged escape attempt by Neal and the disappearance of Fowler. Neal is dealing with the death of his girlfriend Kate, while back in prison due to the temporary suspension of his release into FBI (Peter's) custody.