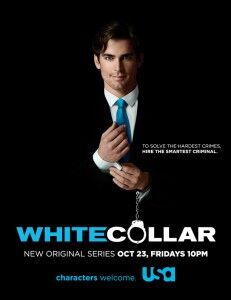 Neal Caffrey is a criminal mastermind who is serving a four-year prison sentence. He earns a conditional release into FBI custody and forges a relationship with FBI Special Agent who put him in jail, Peter Burke. Using his vast knowledge of criminal activity, Neal assists Peter in solving a series of white collar crimes while also searching for his girlfriend who has disappeared.